9 Different Types Of Hamster Breeds You Should Know 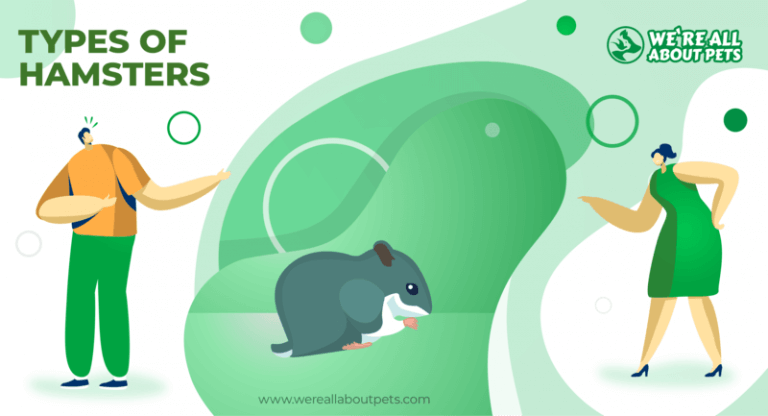 9 Different Types Of Hamster Breeds You Should Know

When you walk into a pet store, where do you go first? For many people, an impromptu trip to the pet store is only partially about getting what you actually need – the rest is about seeing the furry critters.

Hamsters are one of the most popular pets out there and there are several different types. In fact, there are more species of hamster than you may realize – 19 of them! Hamsters are rodents belonging to the order Rodentia, but they are divided among seven different genera.

Though you may think one hamster is like any other, different hamster breeds are quite unique in terms of size and temperament. Before you bring home a new pet hamster, it’s important to learn the basics about the options to figure out which one is the right choice.

The hamster is an extremely common pet, but there’s a lot more to learn about these small animals than many people know. You may be surprised to learn, for example, that hamsters are crepuscular creatures like rabbits which means they are most active during the morning and evening.

The first hamster species Mesocricetus auratus was described in 1839 by George Robert Waterhouse and has come to be known as the Syrian hamster or golden hamster. These are the most common hamsters kept as pets now, but they have a shocking past. Evidence suggests all Syrian hamsters, both laboratory and pet populations, are descendants from a single brother-sister pairing.

Though this may be the case, different types of hamsters each have their own origins and fascinating facts to learn. Here’s a quick overview of some of the most popular types of hamster: 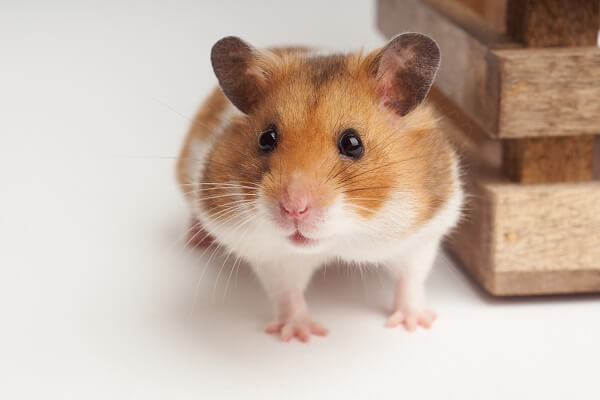 Syrian hamsters are one of the largest types of hamster, growing up to 6 inches long and weighing up to 150 grams. These hamsters have an average lifespan of 2 to 3 years and they are prolific breeders, like most rodents. Females come into estrus every 4 days and have an extremely short gestation period of just 16 days. 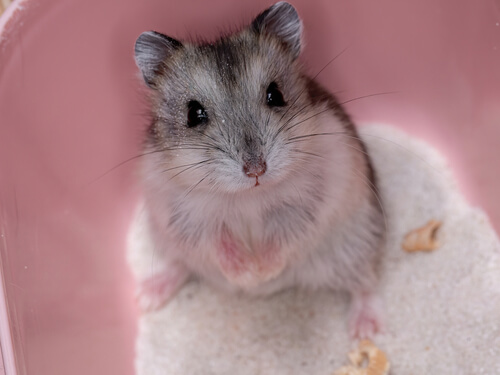 This dwarf hamster species was discovered by Oldfield Thomas and named in honor of Charles William Campbell. Campbell’s dwarf hamsters generally grow up to 3 inches long and can be identified by the dark and narrow stripe that runs down the center of the back. These hamsters have a white belly to help keep them warm in cold climates in their native habitat. 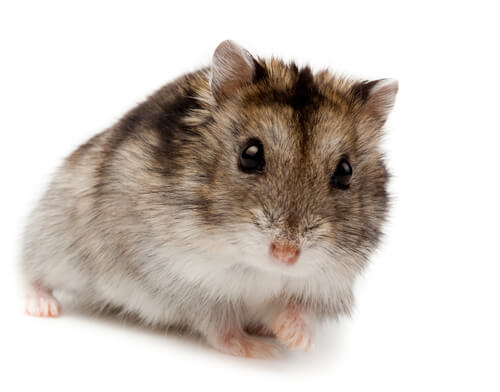 Winter white dwarf hamsters are about half the size of the Syrian hamster but are similarly compact in shape. They have a dark grey dorsal stripe in the summer, but as winter approaches their coat turns almost entirely white. This doesn’t typically happen in captivity, however. 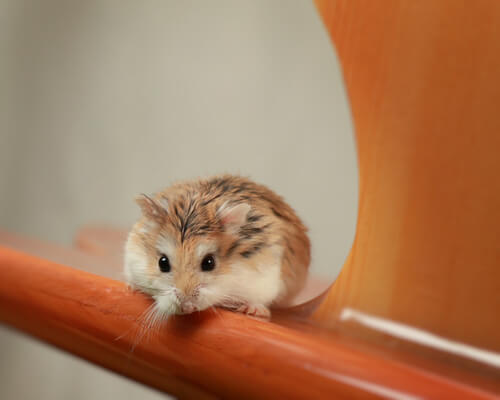 Also known as the desert hamster or Robo dwarf hamster, Roborovski dwarf hamsters are native to the deserts of central Asia. These hamsters grow no longer than 2 inches and weigh under 25 grams.

This hamster species has two distinct eyebrow-like white spots and lacks the dorsal stripe seen in other members of its genus. Roborovski dwarf hamsters have an average lifespan of 2 to 3 years, depending on living conditions, and they are extremely active. They have been known to run 6 miles a night. The Chinese hamster is also known as the striped dwarf hamster because it has a faint dark stripe that runs along the spine. The overall coloration for this type of hamster is typically grey-brown while the underparts are grey with white tipped-hairs.

Chinese hamsters generally measure 3 to 4.5 inches in length and weigh up to 1.2 ounces. They have short snouts and wide-set eyes with neat, rounded ears. Unlike many hamster species, Chinese hamsters are a little more communal. In the wild, they dig burrows in which several individuals live. 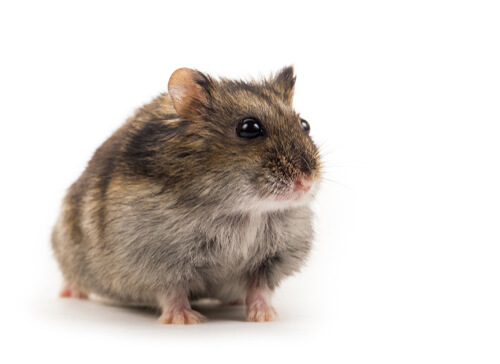 One of two members of the genus Allocricetulus, the Mongolian hamster is a wild hamster and not a species typically kept as a pet. Found primarily in China and Mongolia, this species isn’t currently threatened but that could change with sustained habitat destruction. 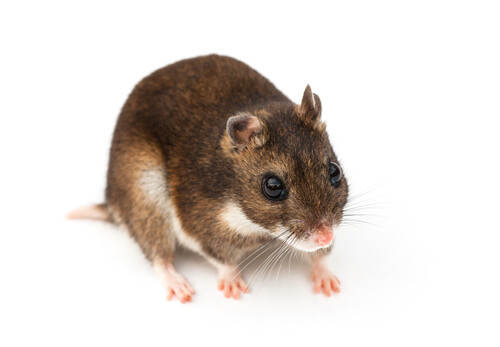 Named after the Russian naturalist and zoologist, Eduard Freidrich Eversmann, the Eversmann’s hamster is the only other member of the genus Allocricetulus along with the Mongolian hamster. This species is endemic to Kazakhstan and is similarly a wild hamster not typically kept as a pet. 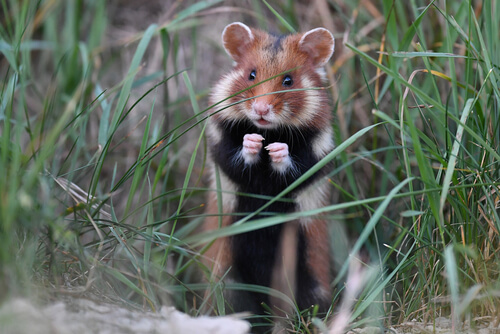 Known by several names including the Eurasian hamster, black-bellied hamster, and common hamster, the European hamster is the only species in the genus Cricetus. This species can be found in grassland habitats throughout Eurasia including parts of Belgium through Russia.

The European hamster was historically trapped for its fur and was also considered a farmland pest. In current times, however, its populations have declined to the point that it is critically endangered.

Though similar in appearance to other hamster species, the European hamster is much larger and has a brown rather than grey-brown coloration. This hamster grows up to 14 inches long and while its brown fur may have white batches, its chest and belly are black. 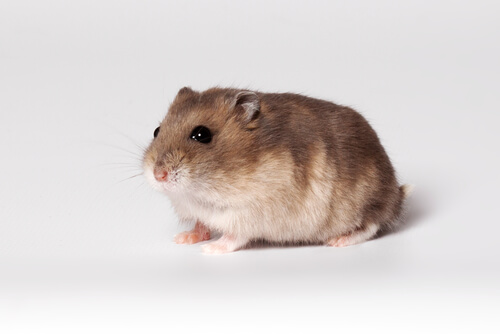 The only member of the genus Tscherskia, the Korean hamster is also known as the greater long-tailed hamster. The Korean hamster nickname is actually a misnomer because it is most commonly found in northern China where it is a major crop-eating rodent. In addition to eating crops, this hamster has an alarming habit of standing on its rear legs and screaming loudly.

The Benefits of Owning a Pet Hamsters

When thinking about getting a pet for the first time, the hamster is what many pet owners choose. The cost to keep a hamster is low compared to the cost of other pets, but that doesn’t necessarily mean hamsters are easy to keep or that they are the right choice for everyone.

Every pet requires a certain degree of care including a healthy habitat and a balanced diet, as well as routine veterinary care and regular human interaction. The hamster is no different, but there are plenty things about hamsters as pets that make them a great choice.

Here are some of the benefits of hamsters as pets:

While hamsters make wonderful pets for the right person, it’s important to do your research ahead of time and don’t assume that just because they are low maintenance hamsters don’t require any effort.

Read on to learn some important things you should know about hamster care before getting one.

What to Know Before Getting a Hamster

Many people assume that hamsters are an easy pet to keep. The truth is hamster care is just as important as care for any other pet, even if it is less complex than some cases.

Not only do you need to think carefully about the type of hamster you want, but you should do your research to ensure you thoroughly understand your hamster’s requirements before you make the commitment.

Here are some important things to consider for pet hamsters:

Hamsters come in a variety of colors and patterns, not to mention different species, so no two hamsters will be exactly alike. If you’re looking for a unique and entertaining pet that won’t be difficult to care for, the hamster could be just right.

Take what you’ve learned here to decide which type of hamster to get. 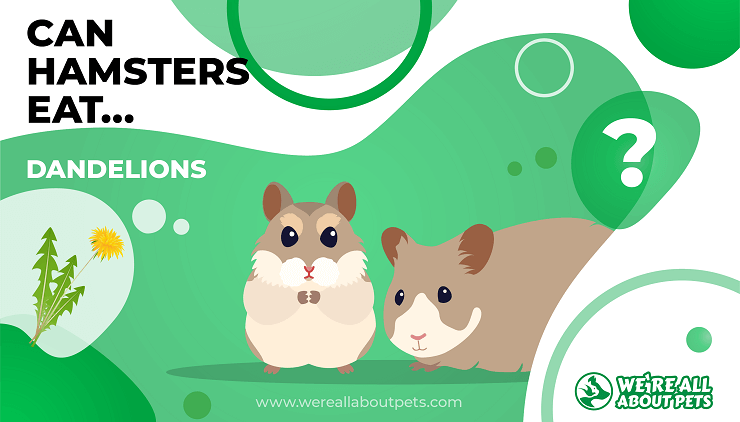 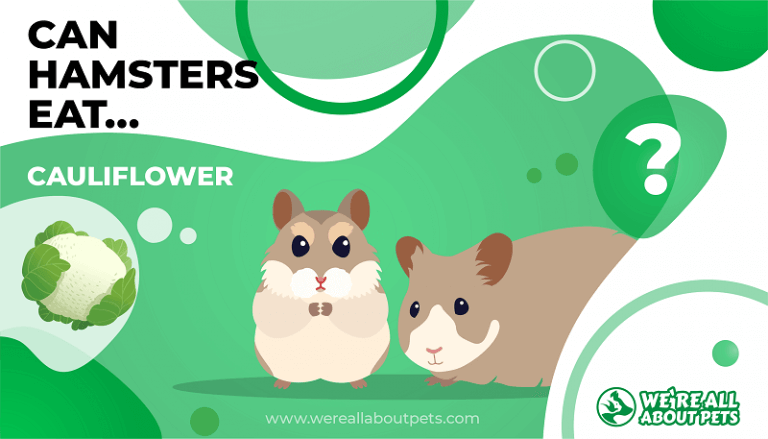 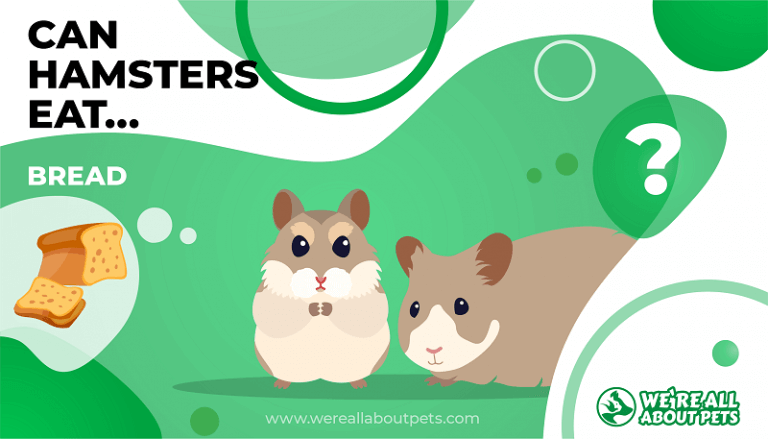