15 Adorable Types of Parrots You Should Know 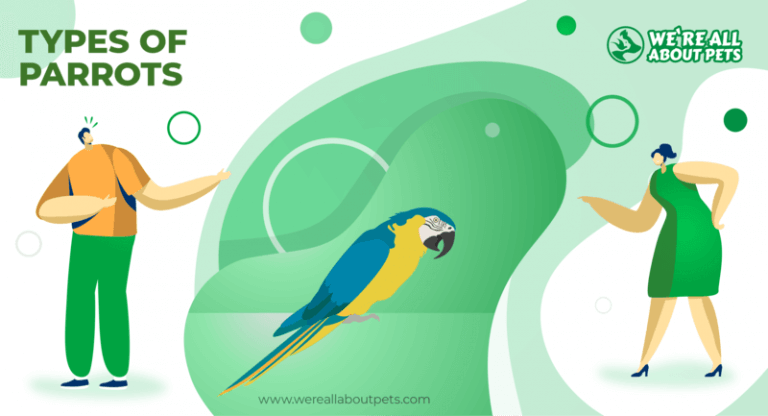 15 Adorable Types of Parrots You Should Know

Parrots are an entirely different category of pets than cats and dogs. Not only do they look and behave differently but taking care of a pet parrot is much different than caring for a fuzzy creature.

When it comes to keeping a parrot as a pet, there’s a lot to learn before you dive in. The first thing you need to do, however, is decide what type of parrot you want. There are roughly 400 different species divided across 92 genera, and each and every one is unique.

Owning a parrot is a wonderful adventure, but it isn’t without its challenges. Read on to learn the basics about popular parrot species so you can choose the one that’s right for you.

Parrots or psittacines are birds classified in the order Psittaciformes. There are nearly 400 different species divided across 92 genera, most of which are found in tropical and subtropical regions.

Psittacidae parrots are also referred to as “true” parrots which include 350 bird species of colorful hook-billed parrots like the scarlet macaw, sun conure, and budgerigar. The Cacatuoidea family consists of 21 species of cockatoo while the Strigopoidea is made of up New Zealand parrots.

Here’s a quick overview of some of the types of pet parrot: 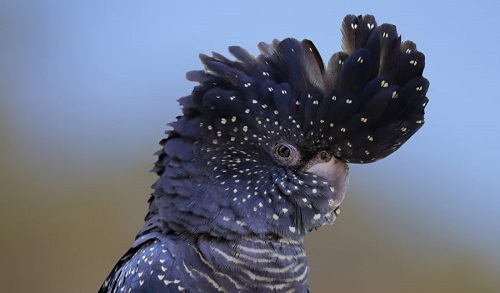 Perhaps one of the most recognizable pet birds is the cockatoo. Cockatoos are large white birds easily identified by the dramatic crest of feathers on their heads.

Though typically white, they also come in shades of pink, gray, and black. Cockatoos have the nickname “velcro” birds because they are highly sociable and form very close bonds with their human caretakers. 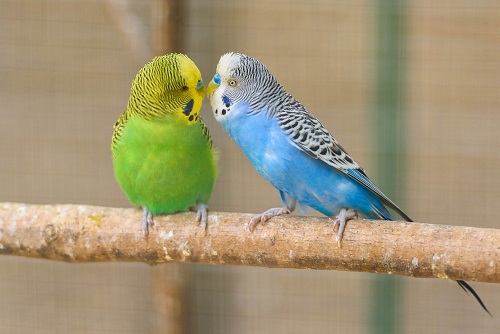 A medium-sized type of parrot, there are about 115 species of parakeet. The Australian budgerigar or budgie is the most common parakeet, known for its bright color combinations of blue, yellow, and green.

Parakeets are social little birds that grow up to 7 inches long and are best kept in groups. Budgies are ground-feeders that eat mostly seed and plant materials but do well on commercial diets.

Another popular species is the monk parakeet or Quaker parrot that grows up to 12 inches. 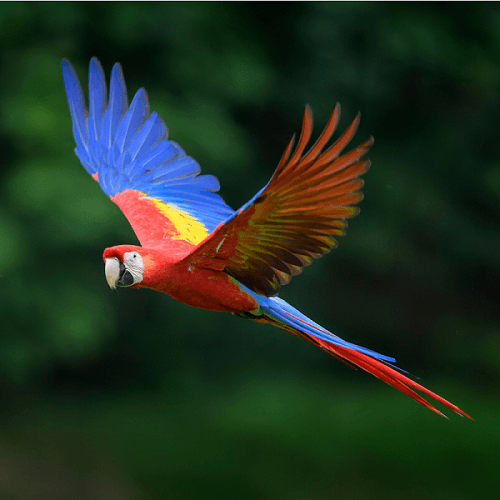 Popular as companion parrots, macaws are New World parrots and they are classified in various Psitticidae genera as “true” parrots. Some of the most popular species include the large hyacinth macaw, the scarlet macaw, and the blue-and-yellow macaw.

These beautiful parrots have proportionally larger beaks and longer tails than many parrots as well as bare, light-colored faces. 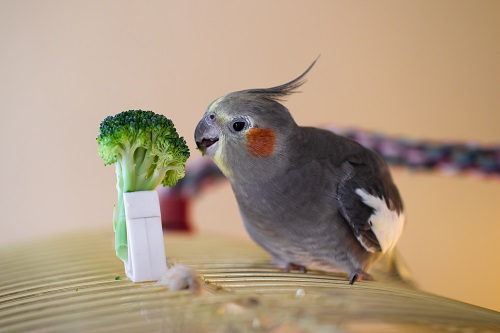 Easily one of the most popular pet birds, especially in the United States, the cockatiel is native to Australia and looks like a smaller version of the cockatoo. Cockatiels are small parrots typically grey in color with yellow and white coloration on the head, wings, and crest.

They also have a bright orange circle over each cheek. Cockatiels are very friendly and can be quite comical as well. 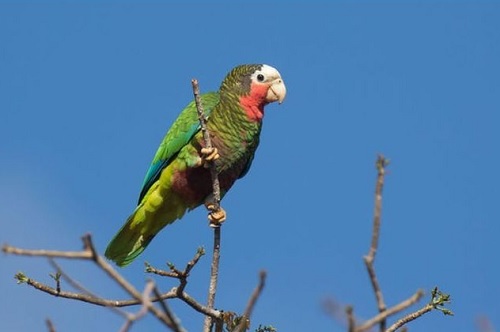 Some of the more popular medium-sized parrots, Amazon parrots have playful and outgoing personalities. These are very vocal birds and they love to be the center of attention. Amazons are native to Mexico, South America, and parts of the Caribbean where their natural habitat includes scrub forest, palm groves, savanna, and rainforest. 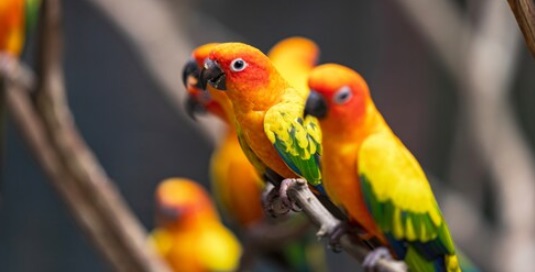 Conures are a subfamily of parrot typically found in the Western Hemisphere. These birds are similar in size to parakeets and come in a wide range of colors. Conures are sometimes called the clowns of the parrot world because they are goofy and always looking for attention.

In the wild, they live in large flocks of 20 birds or more and they love to be part of the action.

Grey parrots are Old World parrots that are medium in size and grey in color with a black bill. African Grey parrots grow up to 13 inches long and they can live up to 60 years in captivity.

Also known as the Congo grey parrot or the Congo African parrot, the African Grey was once thought to have a subspecies but the Timneyhparrot (Psittacus timneh) has been upgraded to a full species. 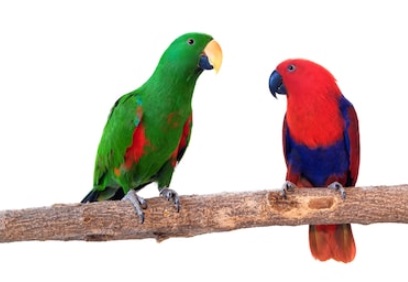 The eclectus parrot is unique among parrot species for its strong sexual dimorphism. Males of the species are typically bright emerald green while females are a bright red. Eclectus parrots are fairly large, growing up to 14 inches long, but have stocky bodies and short tails.

In the wild, the Eclectus parrot’s diet consists largely of fruits, flowers, and some seeds. 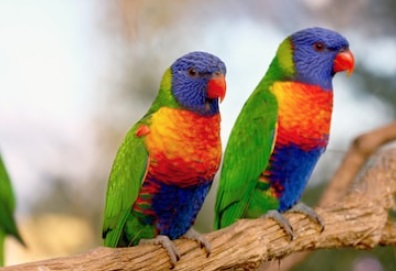 Also known as the lory, the lorikeet is a small to medium-sized parrot characterized by its brush-tipped tongue which enables it to feed on nectar. Lories are widely distributed throughout south-eastern Asia and there are a number of different subspecies including the rainbow lorikeet, black-winged lory, cardinal lory, and the olive-headed lorikeet. 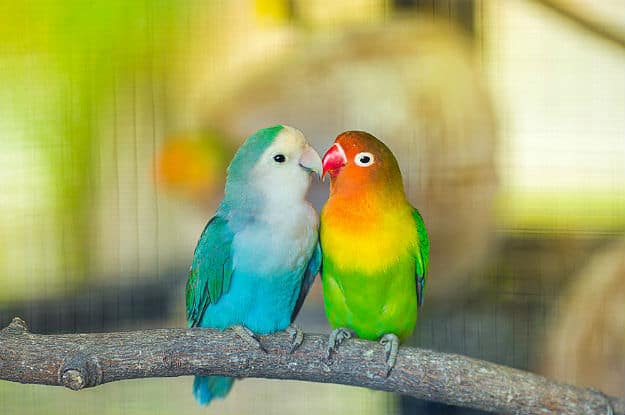 These brightly colored little parrots are named for their affectionate natures and the close bonds they form. Lovebirds are largely native to Africa, though one species comes from Madagascar. These parrots are very active and require a fairly large cage as well as plenty of attention and human interaction. 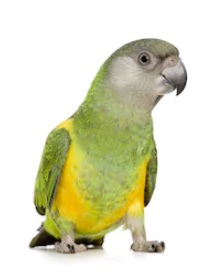 What makes Poicephalus parrots unique is that they are stockier than many parrots, though they are still fairly small in size. These parrots are playful and outgoing by nature, but they aren’t as cuddly as some parrots. This type of parrot has a reputation for being fairly quiet and they make wonderful companion parrots when properly socialized. 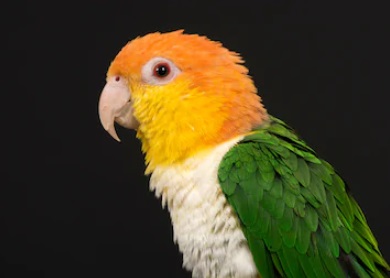 The caique is medium-sized parrot that comes in various combination of green, yellow, and white. These little birds are full of energy and mischief, but they make wonderful companion birds. The smallest of the New World parrot species, parrotlets are endemic to Middle and South America. These parrots are small, growing up to 5 inches long, and they typically come in green, yellow, and blue. 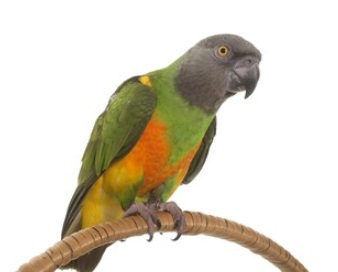 First described in 1760, the Senegal parrot is often considered a farm pest in Africa. These parrots are medium in size, growing up to 9 inches long, and exhibit a combination of grey, green, and yellow coloration.

Senegal parrots are not sexually dimorphic, but juveniles usually have darker grey in their coloring that lightens as the bird matures. 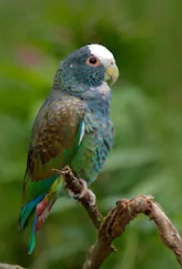 Native to Mexico as well as Central and South America, the Pionus parrot is a chunky parrot with a short, square tail. Similar to the Amazon parrot, Pionus parrots are smaller in size but their wing strokes are actually deeper. They have subdued coloration but, under bright lights, their feathers are iridescent.

The Benefits of Owning a Pet Parrots

While birds may not be one of the more traditional options in the world of pets, there is a lot to love about them. Parrots in particular are popular pets because they come in a wide range of colors, they have intriguing personalities, and many parrot species have the ability to mimic human speech.

Here are some of the benefits of parrots as pets:

Parrots are smart, entertaining, and have the capacity to form close bonds with their human caretakers. All of these things and more are what make them such great pets.

As is true for any pet, however, parrots aren’t the perfect choice for everyone. Read on to learn some important things you should know before becoming a parrot owner.

What to Know Before Getting a Pet Parrot

As intelligent and entertaining as they may be, parrots can sometimes be a challenge. Birds aren’t always the quietest of pets and some species of parrot require a great deal of human interaction and attention. Before you bring home a parrot, it’s important to know what to expect.

Here are some other important things to consider for pet parrots:

If you’re looking for a unique pet that will always keep you guessing, a parrot could be the perfect pick. There are many different types of parrots to choose from, and each is completely unique.

Take what you’ve learned here about different parrot species and subspecies to decide which is the best option for you then check out our other guides to caring for pet birds to get started! 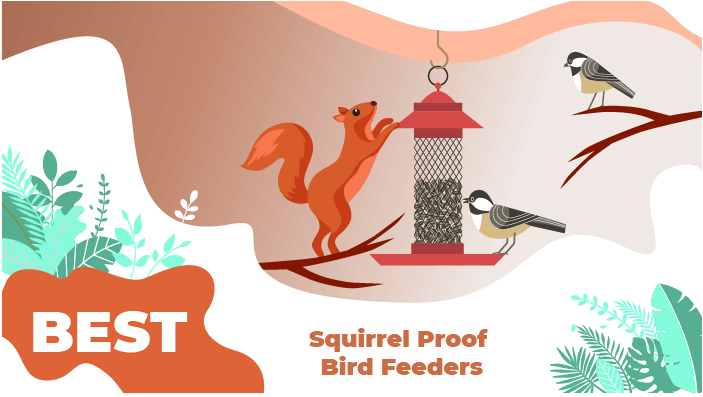 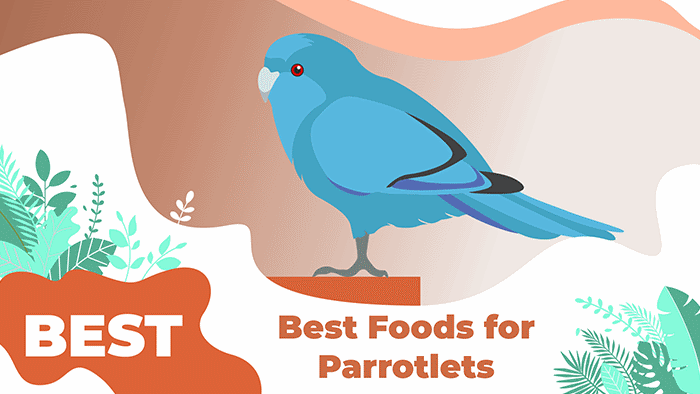 The 5 Best Foods For Parrotlets

The 5 Best Foods For Parrotlets