When you walk into your neighborhood pharmacy to grab a few essentials, you probably don’t think much about the process that put the products on the shelves. From formulation to development, consumer goods including pharmaceutical drugs, cosmetics, and other products go through extensive testing for safety and efficacy before they are approved for sale. Unfortunately, some of that testing involves animal subjects.

Check out our animal testing statistics infographic and keep reading to learn more! 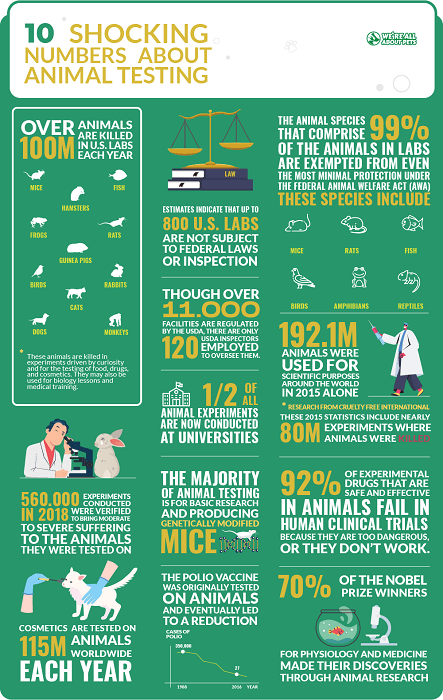 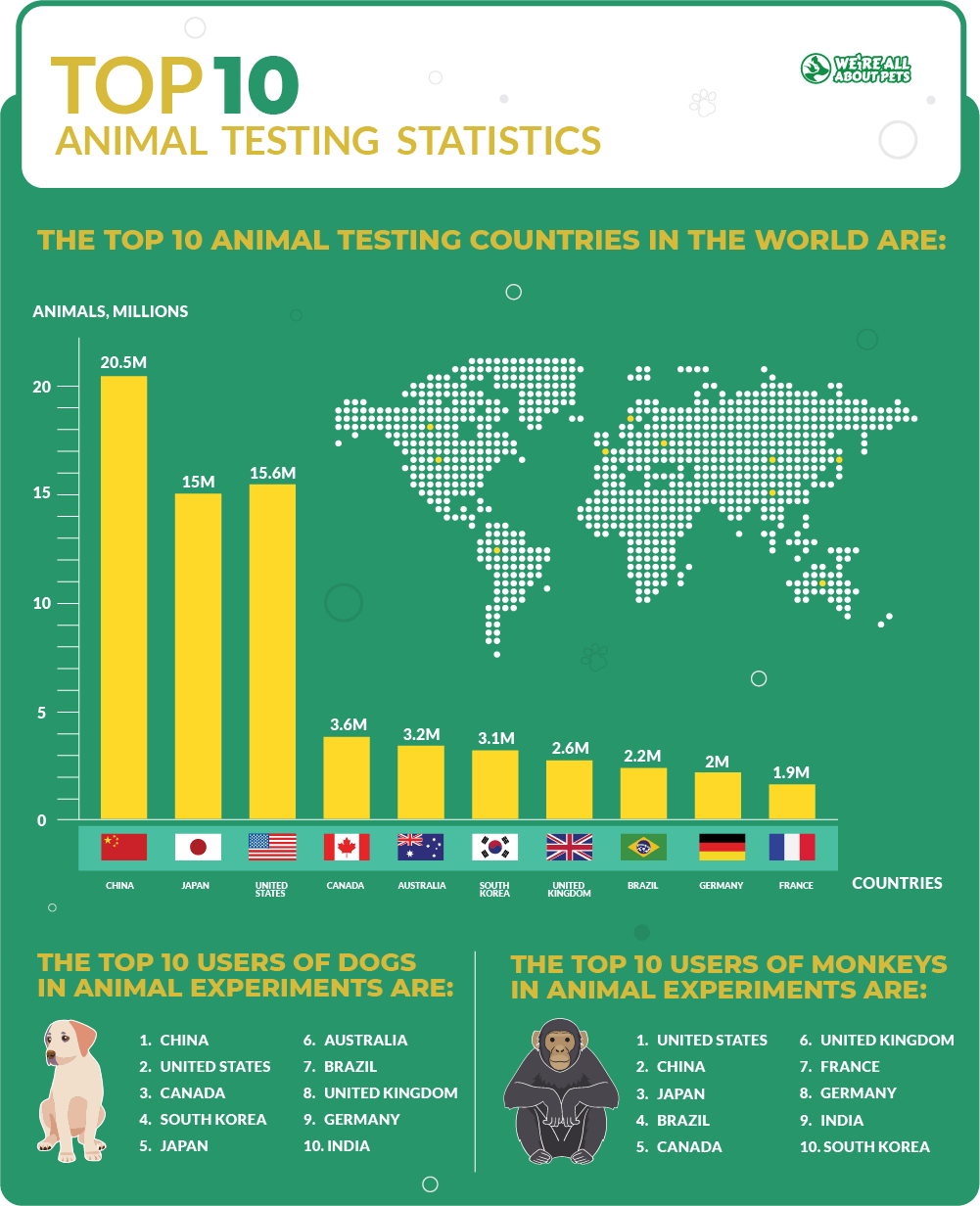 The Top 10 Animal Testing Countries In The World Are:

The Top 10 Users Of Dogs In Animal Experiments Are:

The Top 10 Users Of Monkeys In Animal Experiments Are:

The Cost Of Animal Testing 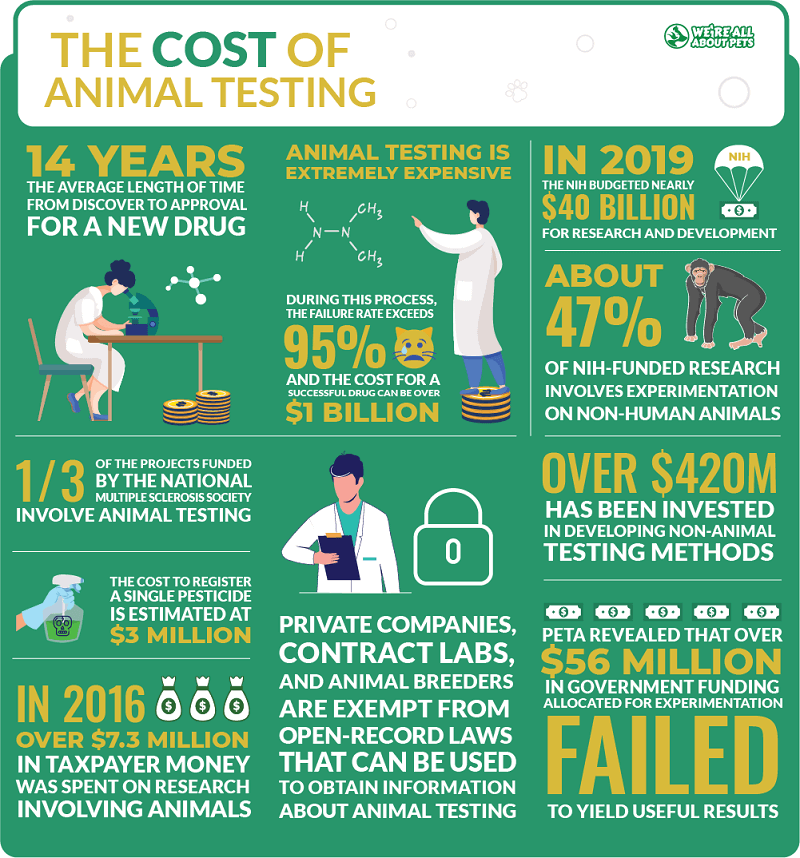 The Truth About Animal Testing 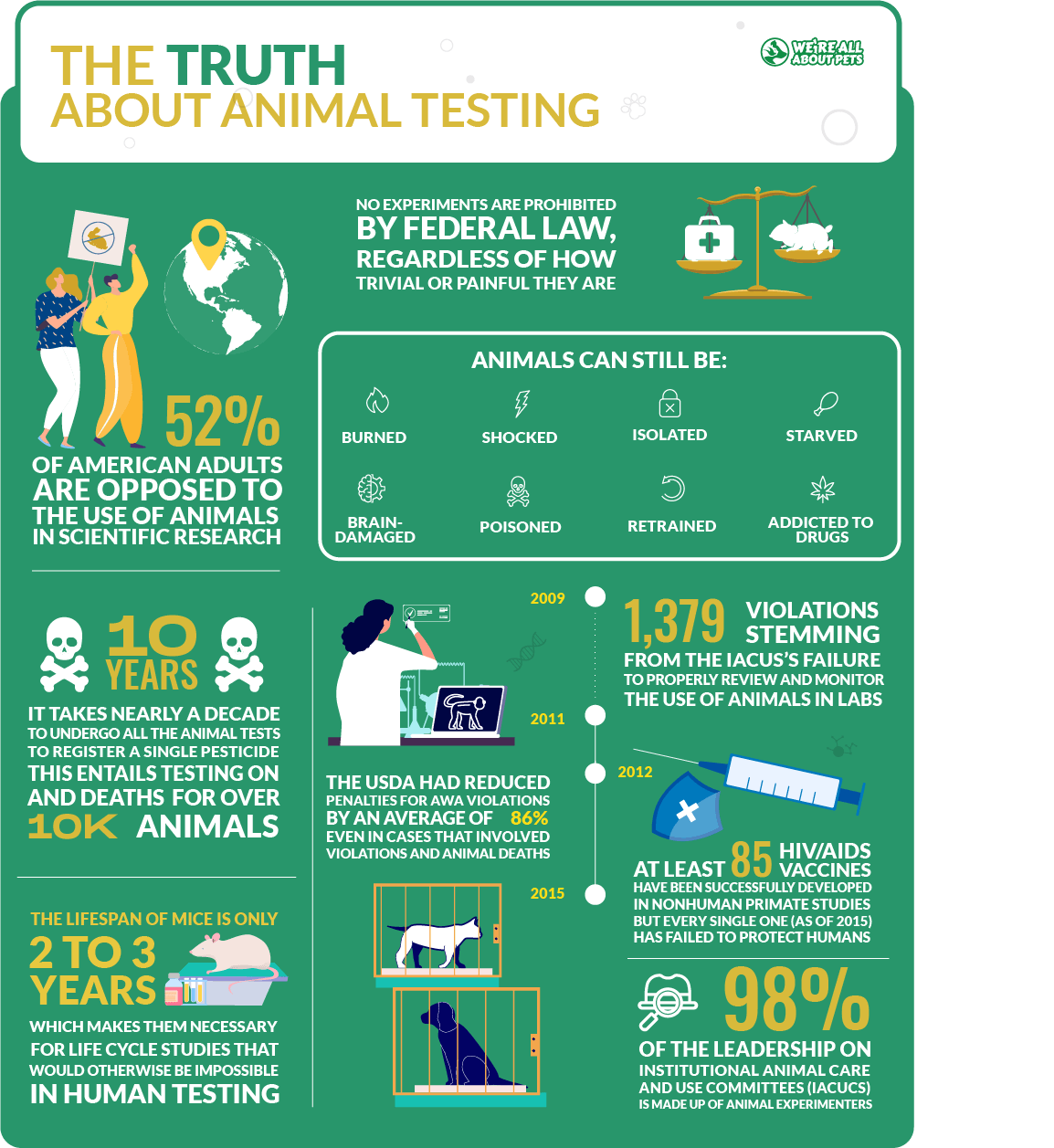 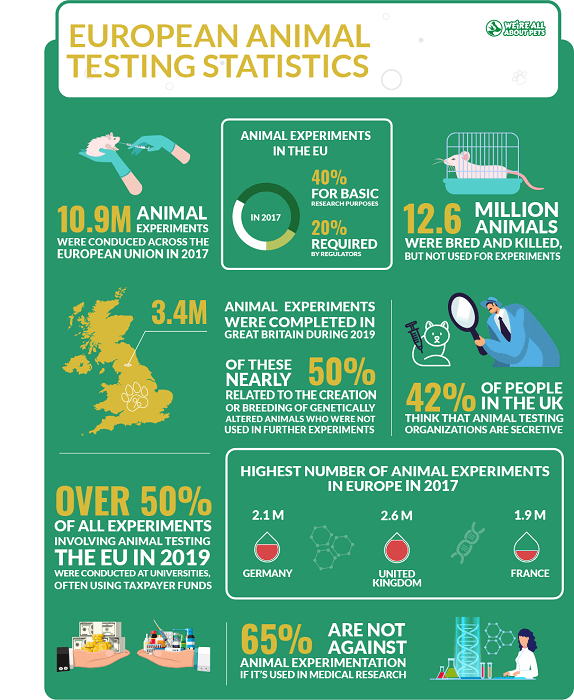 Other Statistics On Animal Testing 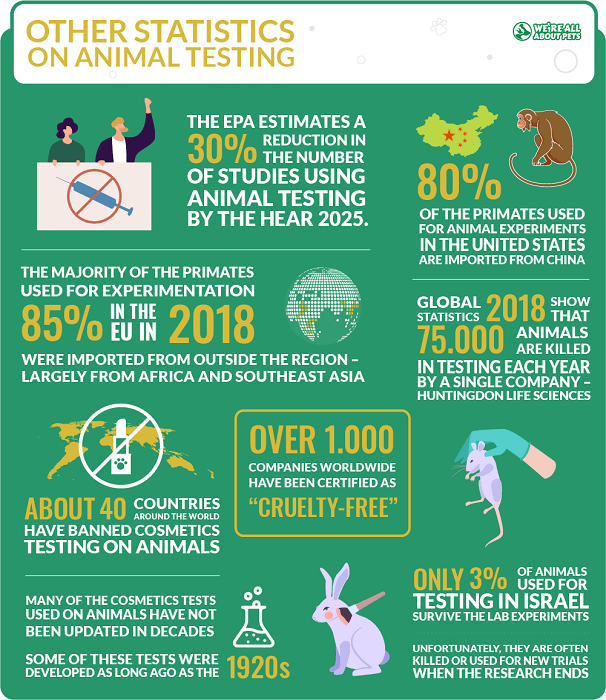