Camouflage is an important survival mechanism for animals, and none does it better than the chameleon. Chameleons are amazing reptiles that possess a wide variety of interesting features – their ability to change color is just one of the many things that make them unique!

Few reptiles are as intriguing as the chameleon which, for some reptile lovers, may be all you need to know. Read on to learn another 10 reasons why chameleons make great pets.

#1. Chameleons Are Incredibly Interesting And Unique 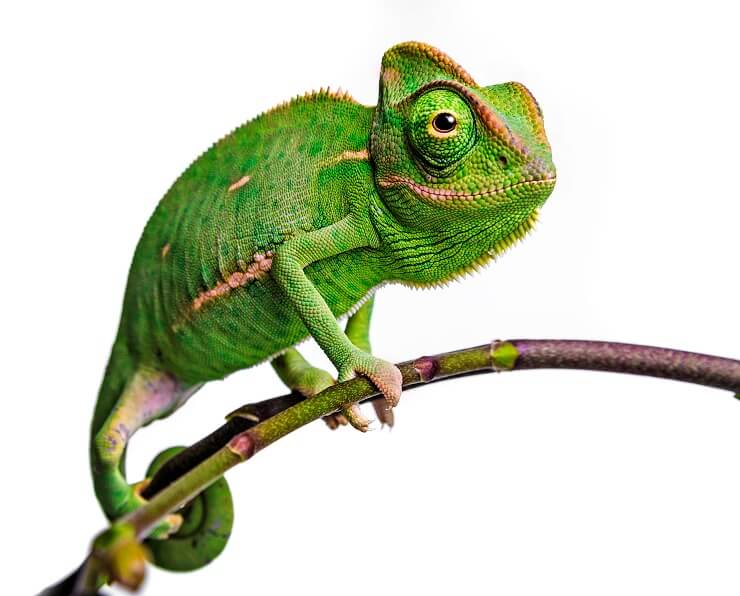 If you know nothing else about chameleons, you know they can change color. What you may not realize is that this color-changing ability isn’t as developed as you may have been led to believe. Though this ability is used for camouflage, it is also an indicator of mood for chameleons.

Aside from their unique anatomical features and their ability to change color, something else that makes chameleons interesting is the fact that they are arboreal. Chameleons live in trees, so their habitat should include tree branches and other foliage, so they have things to climb. Decorating and rearranging your chameleon’s enclosure can be an added benefit you may enjoy.

#2. They Are Fairly Small And Have Limited Needs For Space 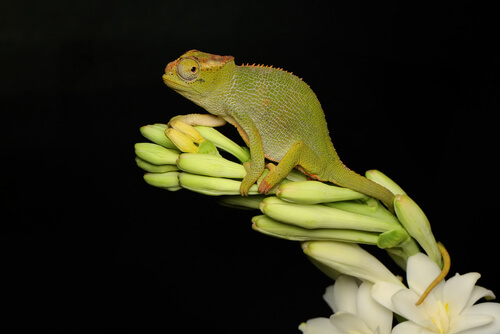 Size is an important factor to consider when choosing a pet, especially a reptile that will spend the majority of its life in its enclosure. There are many different species of chameleon, but most grow to an average length of 10 to 24 inches. Generally speaking, a chameleon enclosure should be about 3x3x4 feet with an emphasis on vertical space more than horizontal.

If you have limited space in your home to accommodate a pet, a chameleon could be a good choice. You’ll only need as much space as the enclosure takes up and it can easily be placed on a piece of furniture to avoid taking up floor space.

#3. Chameleons Are Low-energy And Don’t Require Much Exercise

Not only do chameleons have lower requirements for space than many pet reptiles, but they are also very low-energy. Cold-blooded animals like chameleons rely on their environment to maintain their body temperature, so they’ve evolved to not waste energy. Chameleons, as a result, aren’t particularly active and you don’t have to worry about exercising your pet. The biggest concern is, of course, providing your chameleon with ample space to move around and exhibit natural behaviors.

#4. The Chameleon Is A Very Quiet Pet

Pets can be noisy and that might be an issue if you live in an apartment or share a living space. One of the best things about reptiles like chameleons is that they make quiet pets.

Chameleons generally don’t make any noise with the exception of occasional hissing. Hissing is generally a sign that your chameleon is stressed or frightened, so it will generally be triggered by something and not a noise the chameleon makes all the time. Either way, the sound is unlikely to travel very far and certainly won’t’ be a bother to anyone else.

#5. Chameleons Can Live Up To 10 Years, Depending On The Species. 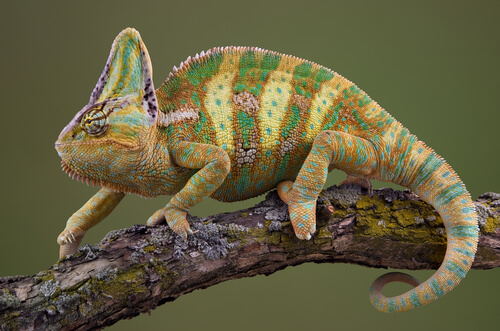 If you’re going to invest in a new pet, you want to know that you’ll be able to enjoy its company for years to come. Small animals like hamsters and mice are fairly short-lived, but chameleons can live up to 10 years, depending on the species.

#6. They Are A Good Choice If You Want A Solitary Pet 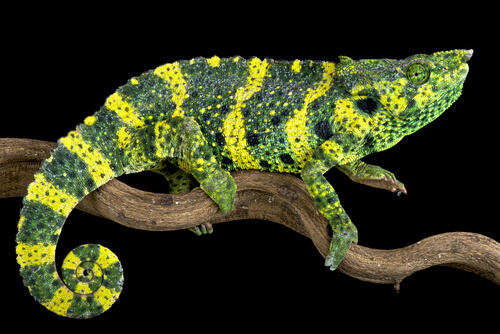 Like many reptiles, chameleons are solitary animals. This means not only can they be kept on their own, but they should be. You don’t have to worry about your chameleon getting lonely if you keep it alone.

Though the chameleon’s solitary nature can certainly be a benefit, it may also mean your pet needs more time to himself than other pets. Chameleons are prone to stress, so you should make sure your chameleon enclosure is not kept in a busy area of the house. You can certainly get your chameleon used to handling, but these reptiles may not like to be handled as often or for as long as others.

#7. Chameleons Come In A Variety Of Sizes And Colors 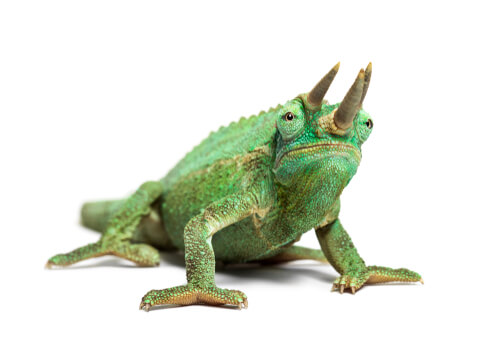 While chameleons are known for their ability to color, their natural coloration varies by species. Juvenile chameleons are typically a dull brown or gray color and they have a very limited ability to change color. Adult chameleons may develop a range of colors including green, turquoise, blue, purple, and black. The most colorful species is the panther chameleon.

Here are some of the most popular type of chameleon:

Not only do chameleons come in a wide range of colors, but size varies as well. The veiled chameleon is the largest species, growing up to 24 inches while the panther chameleon is only about 8 inches long.

#8. They Can Be A Unique Challenge For Experienced Reptile Owners 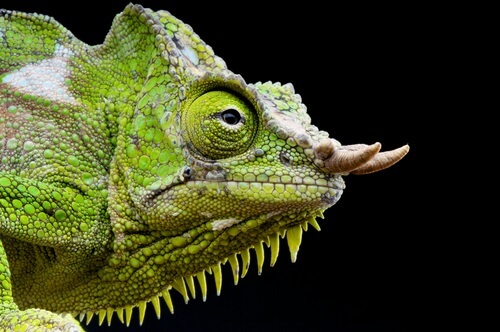 Chameleons make for interesting pets, but they are not exactly beginner-friendly. Not only are chameleons a little less docile than other reptiles, but they have specific care requirements that a beginner reptile owner may not be prepared to handle.

For example, chameleons require a higher humidity level than other reptiles and they only drink water from droplets – they won’t drink from a bottle or bowl. This means you’ll need to mist the enclosure daily or install a drip system or fogger. You’ll also remember that chameleons are arboreal, so you’ll need to include plenty of foliage in your lizard’s habitat.

Chameleons also have specific dietary needs that can be tricky to manage. Insects should make up the majority of your chameleon’s diet and you’ll need to include a variety for nutritional balance. Live insects are usually best, and crickets shouldn’t make up more than 50% of the daily intake. 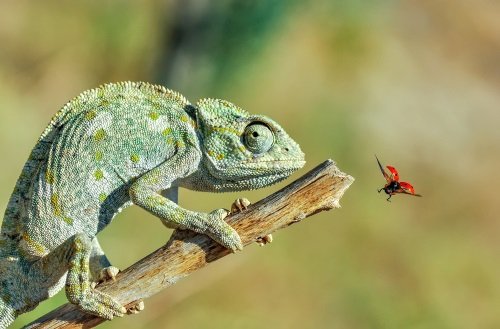 As a pet owner, one of your primary responsibilities is cleaning up after your pet. With traditional pets like dogs and cats, that means carrying around little plastic bags or scooping the litter box. With a chameleon, you won’t have to worry about things like that.

Your chameleon will spend the majority of its life in its enclosure, so you won’t have to worry about any mess around the house. The chameleon itself doesn’t emit odor and, in fact, their feces doesn’t have much odor to it either. You’re only likely to notice a smell from the cage if you fail to maintain it properly. Spot-cleaning is recommended on a daily basis with a more thorough cleaning of the cage every few weeks.

#10. They Are Always Entertaining 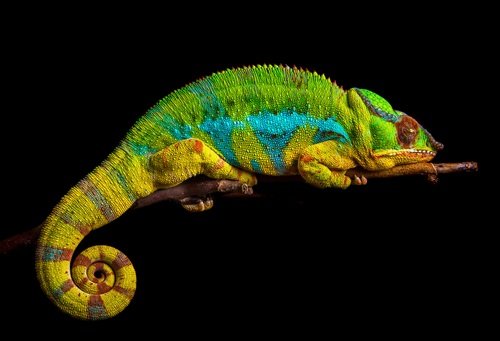 Whether you’re looking for a pet you can watch all day or something unique to serve as a conversation starter, a chameleon is the perfect pick. Chameleons have unique feet with toes that point in different directions, so you’ll see your pet climbing up and down the branches in its enclosure every which way. During feeding time, you’ll get to see your chameleon’s extrudable tongue at work and you should look for opportunities to see him use his long prehensile tail.

Is a Pet Chameleon Right for You?

Bringing home a new pet can be exciting, but it’s important to do your research beforehand to make sure you’re prepared. It’s also essential to make sure you choose the right pet.

Chameleons are extremely interesting animals. Not only do they have the ability to change color with their surroundings, but they have a number of unique anatomical features including extrudable tongues and prehensile tails. Some species even have large crests on their heads.

Though chameleons are fascinating animals, to be sure, they aren’t the right pet for everyone.

Chameleons are solitary animals, and they can be a little aggressive. If you’re looking for a pet that will enjoy spending time with you and will form a strong bond, the chameleon might not be the right choice. If you’re looking for a self-sufficient pet that doesn’t require a lot of interaction, however, you might consider it. Chameleons can be handled, but some will like the experience more than others.

First and foremost, know that chameleons are solitary animals and shouldn’t be kept with other chameleons or other animals. Like most pets, personality varies from one chameleon to another, so its hard to say whether all of them are friendly. With proper care and routine handling, however, chameleons can be tolerant of handling, though they may never truly enjoy it.

Because chameleons are solitary animals, they may not enjoy handling as much as some pets. Chameleons are prone to biting if they feel threatened or if they simply aren’t in the mood to be touched. The bite of a chameleon can be painful, but it isn’t toxic.

Will a chameleon recognize its owner?

Though chameleons may not be the most social of pets, they have a memory which enables them to recognize and remember their owners. You may not bond with your chameleon the way you would with a dog or cat, but your pet can learn to tolerate handling and you’ll get to know its personality.

Should I get a male or female chameleon?

It depends what you’re looking for. Male chameleons have a tendency to be a bit more aggressive, but females will require a little extra work – they need a place to bury their eggs. The eggs won’t be fertile unless the chameleon has mated and there are some potential health risks involved in egg laying.

How long does a chameleon live? 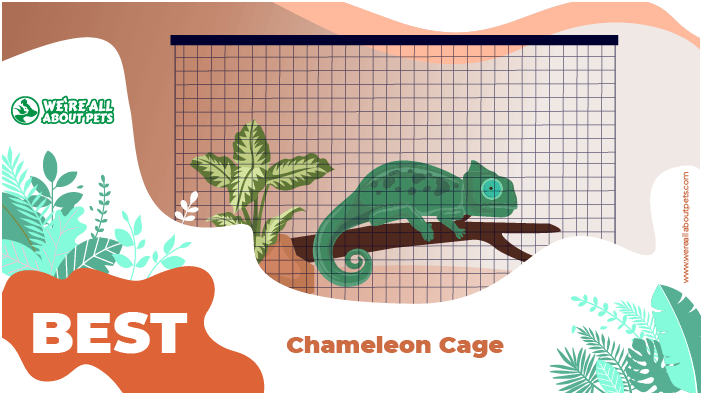 The 10 Best Cages For Chameleons 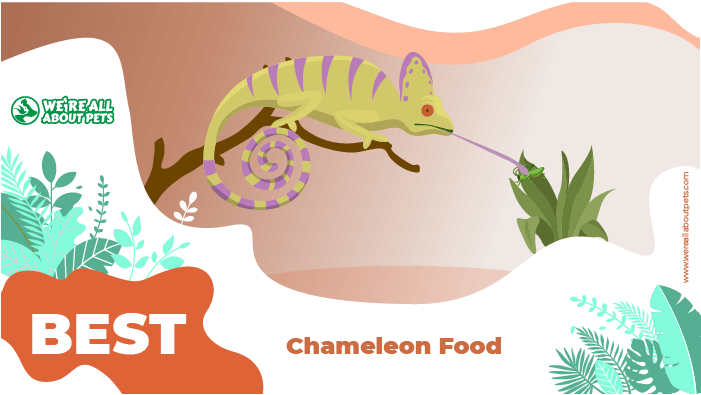 The 5 Best Foods For Chameleons 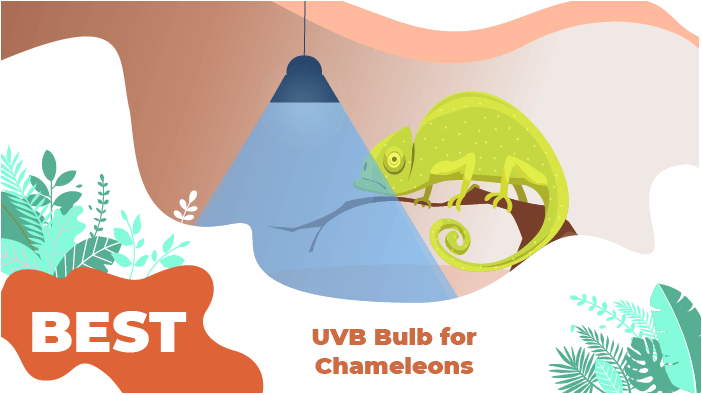 The 5 Best UVB Bulbs For Chameleons

The 10 Best Cages For Chameleons

The 5 Best Foods For Chameleons

The 5 Best UVB Bulbs For Chameleons