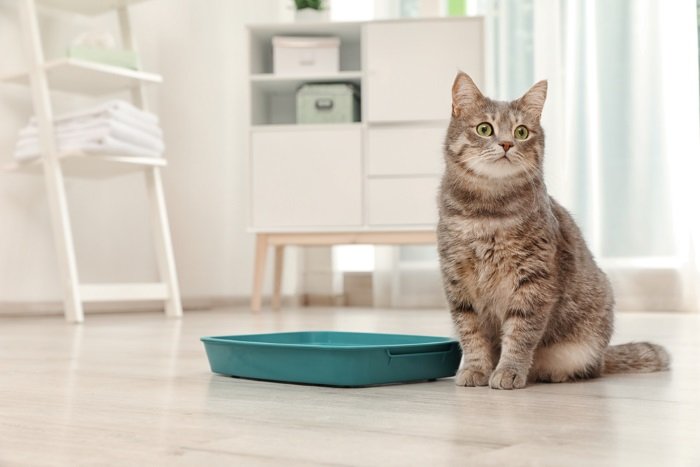 With a lift, a shake, a spin, and a stack, sifting litter boxes promise to make scoops obsolete and cut your litter cleaning time in half. Visions of a cleaner box and an easier life, however, are often replaced by a smelly reality. A sifting litter box has to be done just right or it becomes more of a hassle than a help.

The best sifting litter boxes for odor control are those with elegant designs that allow you to sift more thoroughly than you can scoop. They don’t get clogged and they don’t allow a lot of odors to build up. They’re compatible with the type of litter you use, whether that’s clumping clay or wood pellets. Finally, they’re large enough to accommodate digging and turning.

That’s why we recommend Frisco Sifting Cat Litter Box as the best sifting litter box you can buy. This affordable box is roomy enough for most cats and appears to be one of the most efficient sifters on the market.

While the Frisco sifting litter pan is an outstanding option, it’s not right for everyone. To help you find the right box for your home, we’ve also recommended four more star sifters. You’ll find something hooded, something that works with your existing litter boxes, and another litter box that works as well with wood pellets as it does clumping clay. Let’s get into it!

At a Glance: Best Sifting Litter Boxes for Odor Control To Buy

We highly recommend looking at the comparison table we have below where we highlighted the features of each product. You’ll also find more detailed information about each product later in the article.

How Do You Choose The Best Sifting Litter Boxes For Odor Control?

Design Is (Almost) Everything.

Most feature multiple nested pans, making it essential that the design effectively separates dirty from clean litter and doesn’t let the dirty clods stick in the slots or between the layers. Sifting litter boxes seem to work best when the sifting try is placed between two solid trays, preventing urine from seeping through and clogging the slots.

Just like some litter scoops work more smoothly than others, the design of the grate influences how well a sifting litter box will work.

In addition to a great sifting design, the best sifting litter boxes should cover basic requirements for litter box excellence. They’re roomy enough for your cat to turn around in, deep enough to handle vigorous digging, and made from sturdy materials. With a smooth, non-stick surface, a well-designed grate for smooth litter flow, and more space than most sifting litter boxes, this Frisco box is one of the better sifting units you can buy.

Though it has a lot of strengths straight out of the box, customer reviews suggest that it works best with a simple modification.

Instead of assembling it with the off-white sifting tray on top, reviewers recommend that you place the sifting tray in between the two solid trays. Doing so prevents damp, clumped litter from clogging the sifting holes.

To sift, pull the top solid tray from the stack, pour the litter onto the grated tray, lift out the waste, and dump it into the trash before re-stacking the trays. 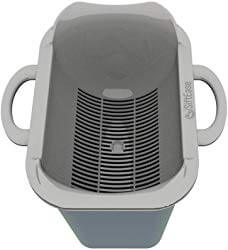 Especially if you have multiple cats, replacing all of your litter boxes can be an expensive move. This litter sifter strips the sifting litter box concept to its essence, allowing you to quickly sift every litter box in the house. It’s, essentially, a giant litter scoop that catches all of your clumps and clods in one swoop.

Instead of putting the sifter in the litter box, this contraption has a holding bin of its own. Pour litter from any litter box through the sifter and into the bin, discard the clumps that remain in the sifter, and then transfer the clean litter back into your litter boxes.

It’s a simple solution that eliminates the sticking problem common among sifting litter boxes and makes litter cleanup easy without demanding that you buy a new litter box. 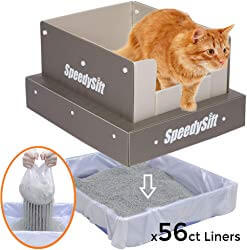 Though sifting boxes initially look like a clean alternative to inefficient scooping, a poorly-designed sifting box is messier than a traditional litter box.

This litter box addresses everything that makes a sifting box messy. Instead of a sieve tray, it uses sifting liners. This allows you to toss out the sifter after every cleaning, yielding better odor control and quicker cleaning.

The frame of the litter box is unconventional, too. It’s made from corrugated plastic and looks a bit like a kitty castle. The box’s high sides help to contain litter, preventing it from scattering across the room.

Reviewers say that the entire system is effective, easy-to-use, and cat-friendly. Pet Mate’s Arm & Hammer litter box is one of the most popular sifting boxes on the market. Customers appreciate its efficient sifting, non-stick design, and its ability to sift a wide variety of litter types, including wood pellets.

Of the litter boxes on this list, the Pet Mate Arm & Hammer sifting litter pan has the strongest track record with pine or wood pellet litter. Its grating is the right size and shape for both clumping clay litter and wood pellets.

Though this litter box has the most reviews on this list and is one of the most popular on the market, it doesn’t earn a higher ranking due to its relatively small size. Customers say that it’s both too small for their cats and too shallow to prevent litter scatter. 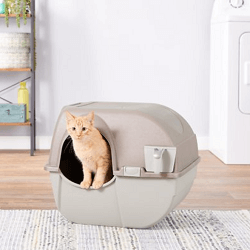 The Omega Paw Roll n’ Sift allows you to clean your cat’s litter with a roll rather than a scoop.

When you roll the box, the litter passes through a grate, which separates the clods from the clean litter. Clumps are contained in a drawer and clean litter returns to the litter pan. This litter box works a little bit like the Litter Robot—the only differences are that the Omega Paw isn’t automated and doesn’t cost anything close to $500.

Though the roll-and-sift functionality usually works well, some reviewers say that dirty litter gets stuck on the grate and that cleaning it up is a challenge.

The Roll n’ Sift’s second flaw is its size. The interior of the box is relatively small, making it a cramped option for larger cats.

These Sifting Litter Boxes Will Help, But What You Put Inside Is What Really Counts.

Even the best sifting litter boxes for odor control will reek if you don’t fill them with the right litter. That’s why it’s vital that you choose a hard-clumping, odor-zapping litter that shows the full potential of your sifting litter box.

Click here to read our complete guide to the best clumping cat litter on the market.

Mallory Crusta is a blogger and adventurecat enthusiast who brings you the facts about cat products, wellness, and care. She's the co-founder of Wildernesscat, a resource for savvy cat guardians who want to give their felines richer, healthier lives. Visit Wildernesscat for product reviews, radically natural nutrition tips, and lifestyle inspiration
Connect with Mallory: 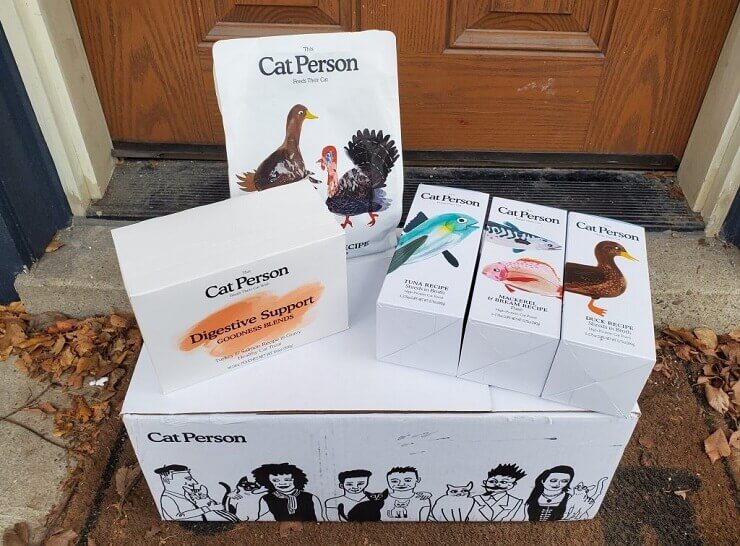 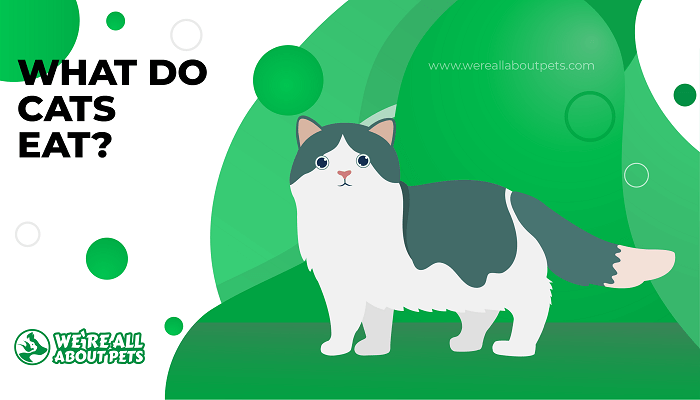