Bearded dragons are one of the most commonly kept pet reptiles in the world. They’ll bond well with their humans, and can be a very interactive part of the family. However, you may have noticed that they don’t speak your language.

They do “speak” through behaviors, and learning their behavioral language helps with proper care. In this article, we’ll discuss the most common behaviors and what we think they mean to help you read your beardie’s thoughts.

You may see your bearded dragon raising one of the front legs and moving it in a circular wave. Most often it will be seen when another beardie is in view.

It’s thought to be similar to what would be expected: recognition of the presence of another of the species. Sort-of a “Hi, you’re one of my people!” It may be responded to by the other beardie in view for long periods of time.

Another meaning seems to be submission. The waving will often be seen either in response to head-bobbing (discussed below) or by females at mating time. With a territorial display, it may be yielding to a larger animal to avoid a fight, or the breeding female may be indicating she’s receptive to the male.

Head bobbing looks like a nodding motion of the head; repeated up-and-down motions. Frequently it will be done while the dragon is in a very upright posture, holding weight up on tall front legs. When directed at a specific dragon or person, they may be showing their side rather than looking in their direction.

Head bobbing is normally seen as a gesture to indicate dominance. Generally, the faster the bobbing, the more aggressive the display.

It may be met with a submissive wave, a withdrawal or with head bobbing as a return challenge. If two dragons are continuously bobbing at each other in captivity, it could lead to chronic stress, so it may be wise to relocate cages to keep them out of view of each other.

One other possible meaning is a male “flirting” with a female for mating. “Het, sweetie. Look at me! I’m a strong dude and can give you great babies.” In this case, a pageant wave in return indicates that the flirting is working.

Darkened Skin On The Back:

The skin cells of bearded dragons contain chromatophores: cells that can change the color of the skin. There are a few behaviors that involve color change.

When the skin on the back is darkened, it’s usually to help warm them up. Often this behavior will be seen in the basking area. If this behavior is seen a great deal, then the temperatures should be evaluated to make sure there’s not a draft causing heat loss.

If no heat loss is noted, then it may be good to get a health check, since they may be trying to artificially raise their temperature to fight infection.

If they go outdoors (bearded dragon leashes are a thing), then it’s commonly done to soak up the heat and extra UVB from the sun. Supervised time outside is also great enrichment.

Gaping the mouth means just having the mouth open slightly. Most of the time, they’re just doing this to cool off a bit. If they’re lethargic at the same time, or there’s an abnormal breathing sound with the open mouth, then get them checked for a respiratory infection, but most of the time when this is seen, it’s just normal cooling behavior.

Digging may be seen in the substrate of the cage or against the glass of the cage.

Digging in the substrate can be a normal behavior: digging in to find a cooler place to lie down. In females, it can also indicate that they’re ready to lay eggs. A dragon ready to lay eggs should be given a digging area that’s a few inches deep to give them the right area.

Digging at the glass usually indicates stress. If there’s not a substrate for digging (paper, tile, or reptile carpet for the substrate), then a female with eggs may dig at the glass. Again, offering a few inches of coconut fiber or sterile potting soil is a good laying box.

If it’s not a female with eggs, then digging at the glass could mean the cage area is too small and is creating stress. That needs to be corrected to prevent issues from chronic stress.

Bearded dragons in a shared enclosure may be seen cuddling together or stacking on top of each other.

Despite the fact that it’s cute, this is a very aggressive dominance behavior and requires the separation of the dragons. If it’s allowed to continue, it may escalate to fighting or the dominant dragon may keep the other from basking and food. Generally, adults should be kept individually for this reason.

There are chromatophores in the beard as well. The beard is the skin under the lower jaw of a bearded dragon.

Darkening the beard, or a black beard, is a sign of aggression or fear. It can also be seen in a bearded dragon experiencing pain. In order to fully interpret the behavior, look at the circumstances.

It may be seen with the head bobbing around another bearded dragon. It may be seen if they’re stressed by being handled too much, indicating the need for a break. If there’s no reason that you can see, and especially if they’re less active, then they may need to see a veterinarian to see if there’s a reason for pain.

Puffing the beard means extending it downwards away from the body and making it appear larger.

Often seen with darkening of the beard, it’s usually an indication of aggression. However, if it’s seen away from any other bearded dragons, has any abnormal wheezing or whistling or appears to be in a “hiccup” pattern, then it could be an indication of respiratory infection and the need for medical attention.

Hopefully, you never need to see this behavior with your pet beardie. The ribs will extend outwards and the main part of their body flattens out like a pancake. It may be seen with darkening of the back and the beard, along with hissing (the last behavior to be discussed).

This is a defensive posture seen with severe stress, like feeling threatened with harm or death in the wild. If there’s another beardie present, they should be separated immediately. If they’re alone, there may be a medical emergency causing distress, and they should be seen by a veterinarian as an emergency to be safe.

Very frequently displayed with the body flattening, hissing is a sharp, high-pitched sound made on a deep exhale.

Understanding the behaviors of your bearded dragon can help you understand their feelings and needs to help them live their best life!

How do you know if your bearded dragon is happy?

Judging happiness is best done by looking at behaviors. Normal behaviors are exhibited by animals that are thriving. For bearded dragons, that includes an upright, alert posture, movement through the day, basking, hunting insect items and exploring when allowed outside the enclosure.

What are the behaviors of a bearded dragon?

Look through the article to see the most common behaviors. Healthy bearded dragons will display the behaviors listed there that are described as normal behaviors.

How can I tell if my bearded dragon is stressed?

Digging at the glass, darkening the beard, puffing the beard, and hissing (all described above), are signs of stress. In addition, stressed bearded dragons may hide more often, may have reduced appetites and may gain weight slower than others of the same age.

How do you know if your bearded dragon wants attention?

This is a difficult question. They aren’t generally social animals in the wild, so we don’t know that they every want attention rather than tolerate attention. They are, however, curious animals. If they are looking around through the cage glass they may be ready for a change of pace: either coming out to explore or to spend time resting on your shoulder while you watch TV.

Mike Corcoran is a 2008 graduate of the College of Veterinary Medicine at Washington State University (Go Cougs!). His practice history has included small animal emergency medicine and exotic animal exclusive practice, including being an associate at Arizona Exotic Animal Hospital, and starting and managing a referral practice for exotic animals at Bulger Veterinary Hospital in the Boston area. He is a certified aquatic veterinarian and a board-certified specialist in Reptile and Amphibian Practice with the American Board of Veterinary Practitioners. Dr. Corcoran has served on the board of the Association of Reptile and Amphibian Veterinarians (ARAV) for more than 5 years, including 1 year as President of the organization. He is currently the chair of that group’s Legislation and Animal Welfare Committee. Dr. Corcoran currently resides in sunny Southern California and is practicing part-time while acting as a consultant for numerous practices and remaining active in teaching and lecturing.
Connect with Mike: 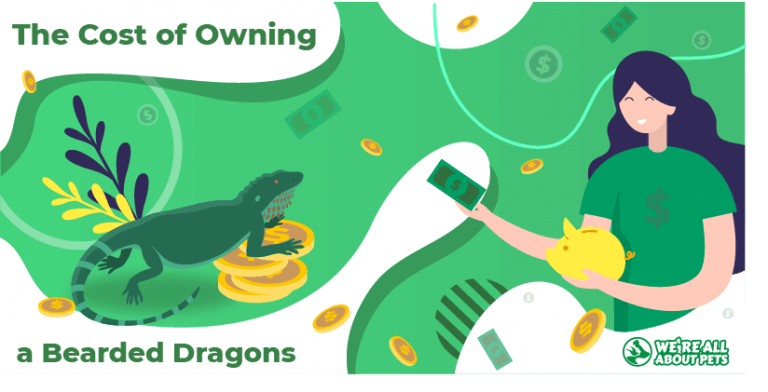 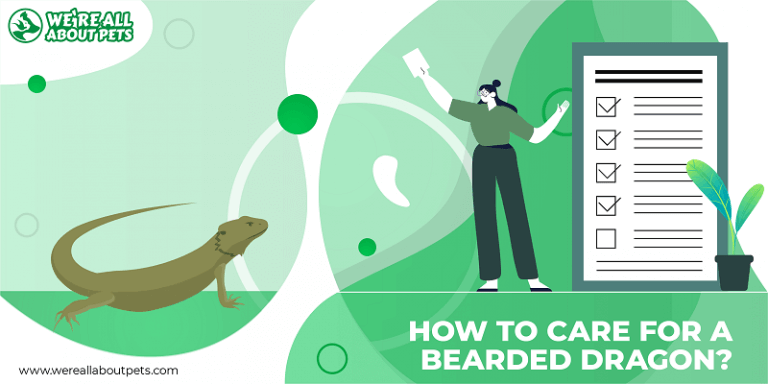 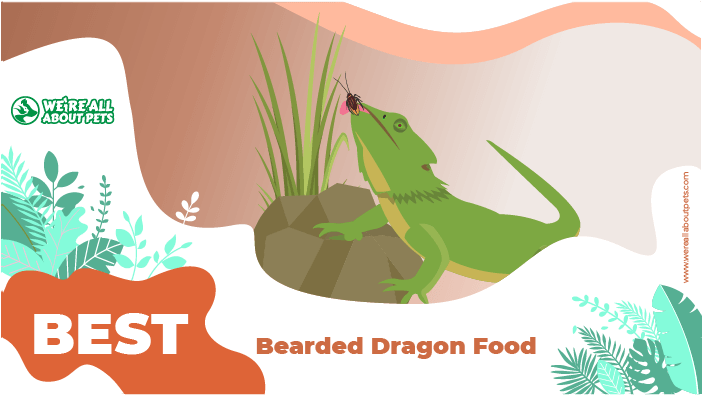 The 5 Best Foods For Bearded Dragons

The 5 Best Foods For Bearded Dragons